Electricity for an Efficient and Decarbonised Europe

To fulfil the European Green Deal’s promise of climate-neutrality by 2050, we must deliver a radical transformation in the way we produce, consume, and distribute energy. This requires proven renewable technologies, smart grid development and supporting innovation.

To drive this transformation, the Electrification Alliance – a partnership between EuropeOn, AVERE, Eurelectric, the European Climate Foundation, the European Copper Institute, the European Heat Pump Association, the Renewables Grid Initiative, smartEn, SolarPower Europe, and WindEurope – is launching the #ElectrifyNow campaign.

#ElectrifyNow aims to showcase how direct electrification is the most cost-effective and reliable way to decarbonise the EU in less than three decades. Electrification will cut carbon emissions and protect our environment, as well as boost Europe’s economies, and creating millions of new, sustainable jobs. The recovery and resilience packages submitted by EU Member States represent a once-in-a-century opportunity to invest in a greener, more resilient, more sustainable, and more competitive Europe.

Citelum is EDF subsidiary specialised in lighting and connected services, creating a smart, attractive and sustainable world of light.

New lighting technologies allow for energy savings and smart remote control; they improve safety and enhance architectural heritage. Today lighting devices go beyond the status quo. As existing infrastructures, they can also be connected and used to fight against pollution, including video surveillance systems, helping to control urban mobility or parking. 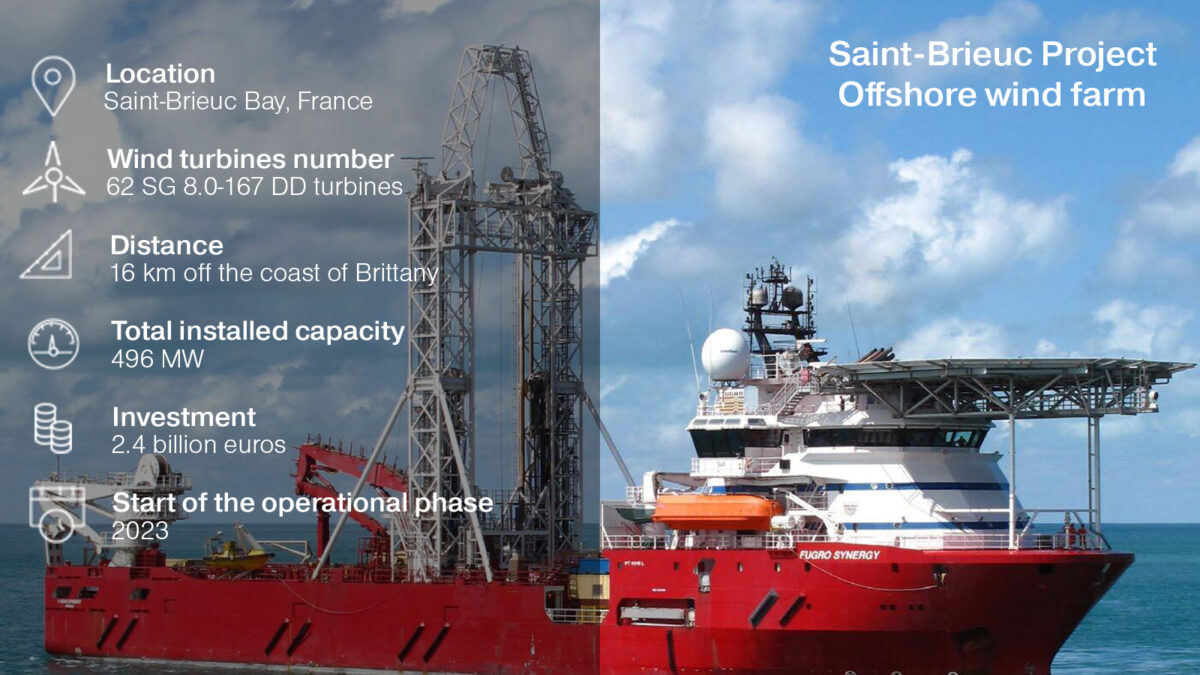 Brittany is prone to strong winds and high tides, which have shaped the region's landscape, economy and way of life. With a view to leveraging the region's full energy potential, the company designed the Saint-Brieuc offshore wind farm: the first large-scale offshore wind farm in Brittany and one of the first in France to obtain all the necessary government permits for its construction and operation.

With an investment of 2.4 billion euros it is estimated that, once commercialisation begins in 2023, it will produce 1,820 gigawatt hours (GWh) per year, which will supply energy to 835,000 people. 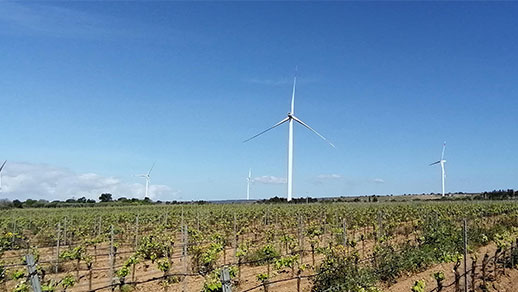 The facility, which is located in Contrada Magaggiari, in the province of Trapani, Sicily, is the first of five new projects of Enel Green Power aimed at increasing Italy's renewable energy capacity.

It consists of six 2.4 MW wind turbines, providing a total capacity of 14.4 MW. The facility will produce around 40 GWh of renewable energy each year, equivalent to the supply consumed by approximately 10,000 Italian families, reducing CO2 emissions by around 33,000 tons per year.
Discover more

The European RESPONSE project was the only "H2020 -Smart Cities and Communities" project selected by Europe in 2020.
With 53 partners from all over the European Union (19 of which are in the Dijon eco-system), RESPONSE is a flagship European project that is part of the European Union's strategy to meet the challenge of climate change: in concrete terms, EDF teams coordinated by Eifer will take part in the largest collective self-consumption operation in France.
Discover more 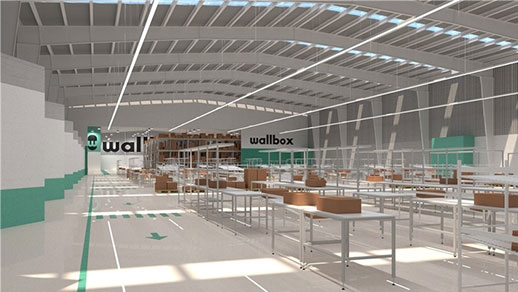 Wallbox signs a long-term on-site power purchase agreement (PPA), which will allow it to produce, consume and reuse renewable energy with photovoltaic panels.

The green production generated - 1,500 MWh/year, equivalent to the consumption of 500 homes - and the development of a new generation of nZEB buildings make its new plant a pioneer in achieving almost zero energy consumption. 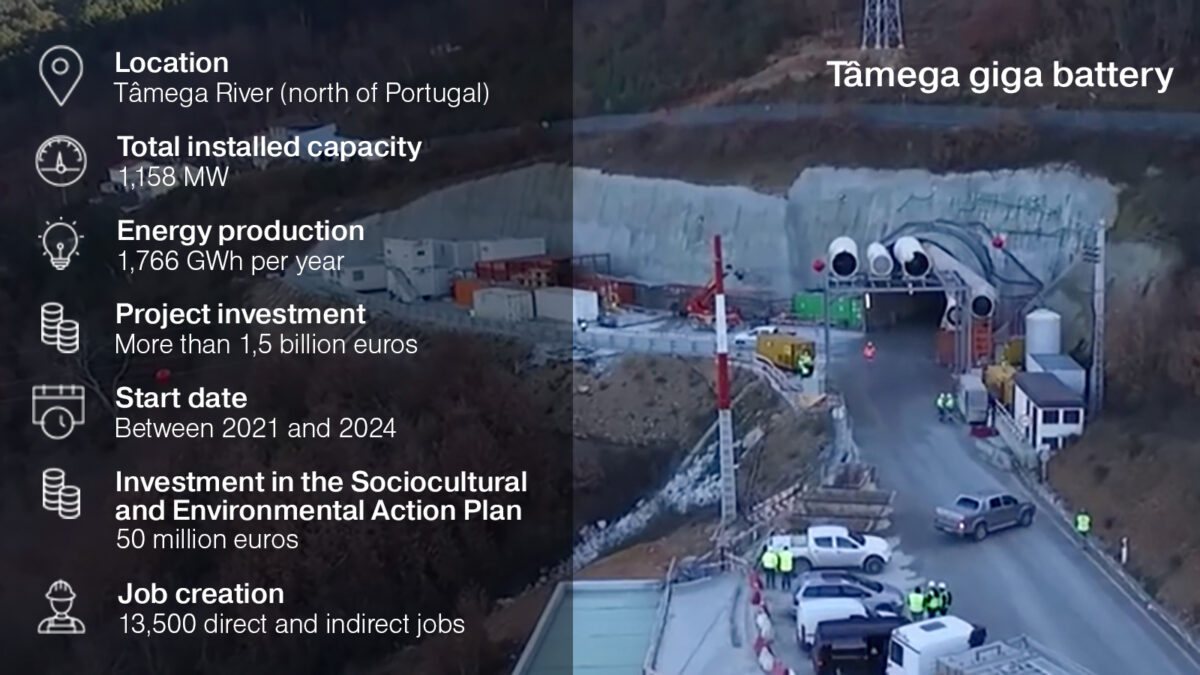 Tâmega: one of the largest hydroelectric projects developed in Europe in the last 25 years

Iberdrola adds two wind farms to the Tâmega hydroelectric complex, one of Europe's largest energy storage facilities that is located in Northern Portugal, making it one of the country's most significant energy initiatives ever.
The giga-battery, which involves the investment of more than 1.5 billion euros, will entail the construction of three dams and three power plants (Gouvães, Daivões y Alto Tâmega) with an overall capacity of 1,158 MW. The wind farms will have a capacity of 300 MW.
Discover more

Breathtaking Storage among the Mountains

After more than 20 years of investing in renewables, innovation in sustainability is at the core of Iberdrola’s DNA. Its pumped storage hydropower facility at Cortes La Muela, in the mountains near Valencia, stores energy on a vast scale. And Iberdrola’s customers are adopting sustainable practices: smart vehicles, smart solar and smart ways to know how much they’re using, spending and saving.
Discover more 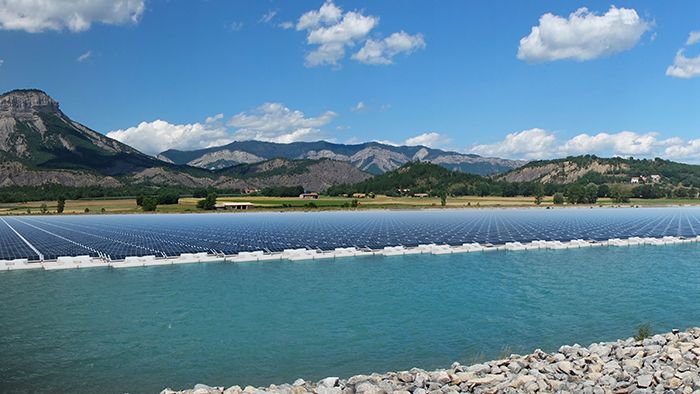 A Floating Photovoltaic Facility in the Hautes-Alpes Department

Floating solar is an alternative to the lack of land space capable of accommodating large-scale solar power plants on the ground or on roofs, floating solar energy installed on unused water bodies (quarry lakes, irrigation ponds, dam reservoirs, etc.) is a promising avenue to explore for the photovoltaic industry.
EDF Renewables is currently managing a floating solar power plant project on the reservoir of the Lazer hydroelectric plant in Hautes-Alpes. With an installed capacity of 19.82 MWp, the plant will cover two-thirds of the reservoir's surface area.
Discover more

With Dreev, EDF is deploying its first V2G reversible charging points. A first in France: the company Hotravail, in Gironde, is hosting three charging points for electric vehicles, which can also supply the network if necessary.

The principle is to charge the vehicle's battery when there is little demand and energy is therefore abundant and inexpensive, then in the evening, at the peak of consumption, when energy is more expensive, the electricity stored in the battery is re-injected into the network instead of increasing production 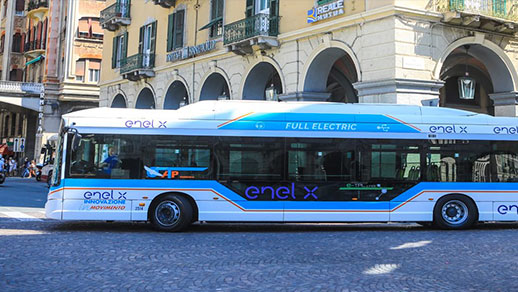 For three days, from 16 to 18 July 2020, residents and tourists in Savona, Italy, were able to experience for themselves, free of charge, the comfort of sustainable public transport on board an IVECO BUS e-Way adorned with the purple logo of Enel X. The trial came about as part of the wider project to foster the transition towards electric public transport in our towns and cities, and promote the innovation developed by the Italian e-mobility sector.

The initiative, which is supported by Savona’s Municipal Council and promoted by Enel X, IVECO BUS and the local public transport company TPL Linea, with the collaboration of Savona Campus - University of Genoa, is part of the pathway leading Italy’s urban centres towards a more sustainable future and the goals of the UN’s 2030 Agenda, in which we are on the frontline in the promotion of electric mobility in both the private and public sectors. 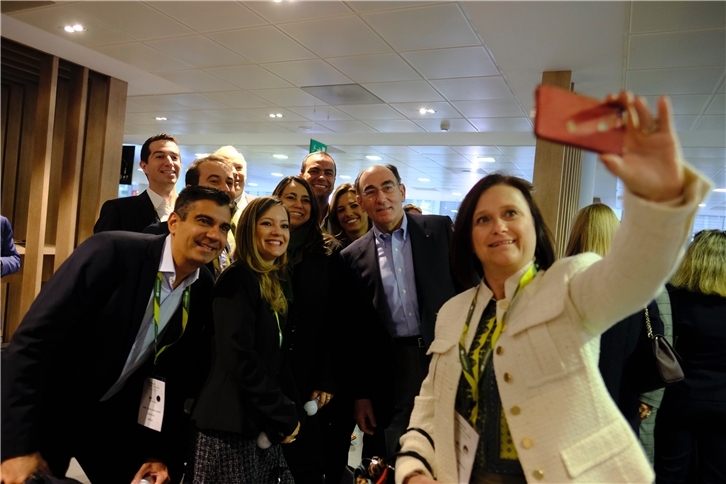 Ignacio Galán, President of Iberdrola, with a group of entrepreneurs during a training program

The initiative aims to have adults retrained and to create new jobs for one million European professionals by 2025 and five million by 2030. In its first year, R4E will start with pilot projects in Portugal, Spain and Sweden involving AstraZeneca, Iberdrola, Nestlé, SAP, Sonae, Telefónica and Volvo Group.

It will enhance human capital development as part of the European economic recovery, promote social inclusion and facilitate the transition to a greener and more digital economy

Discover more
Scroll Up
We use cookies on our website to give you the most relevant experience by remembering your preferences and repeat visits. By clicking “Accept All”, you consent to the use of ALL the cookies. However, you may visit "Cookie Settings" to provide a controlled consent.
Cookie SettingsAccept All
Manage consent

This website uses cookies to improve your experience while you navigate through the website. Out of these, the cookies that are categorized as necessary are stored on your browser as they are essential for the working of basic functionalities of the website. We also use third-party cookies that help us analyze and understand how you use this website. These cookies will be stored in your browser only with your consent. You also have the option to opt-out of these cookies. But opting out of some of these cookies may affect your browsing experience.
Necessary Always Enabled

Performance cookies are used to understand and analyze the key performance indexes of the website which helps in delivering a better user experience for the visitors.

Analytical cookies are used to understand how visitors interact with the website. These cookies help provide information on metrics the number of visitors, bounce rate, traffic source, etc.

Advertisement cookies are used to provide visitors with relevant ads and marketing campaigns. These cookies track visitors across websites and collect information to provide customized ads.

Other uncategorized cookies are those that are being analyzed and have not been classified into a category as yet.